I had a very hot summer. I moved to Texas in the middle of June, and it was every bit as hot as people told me it would be. Most days fell somewhere between 96 – 104 degrees. Although I’m always trying to get myself to warm places, I found that there’s something about the sun here that makes it seem hotter and brighter than anywhere else I’ve been. Driving in the car made me feel like I was under a broiler. The $300 I spent to get my car windows tinted was not just a luxury, but an absolute necessity. Still, I didn’t mind. I expected it to be hot, and I didn’t complain since it beats shoveling snow.

So I made peace with the heat, but sometimes things seemed to get out of hand. I’d be drinking my morning coffee on the balcony and suddenly I felt like there was a coal furnace in my belly that was shooting flames up to my chest. It only lasted a minute, but it was intense. I figured it was because I was drinking hot coffee outside in the heat like a fool. Or after a hot shower, the same thing would happen, but I thought it was because I just took a hot shower in the middle of a hot summer.

I switched to iced coffee and tepid showers, but these intense flashes of heat started happening more often — up to ten times a day. Hmmm… flashes of heat. Oh my God, I must be having hot flashes! I’m 51, so that makes perfect sense. I was glad that they were brief and that at least I wasn’t sweating like I’ve heard so many women complain about. I planned to just roll with it.

But then I started sweating. I’d get the coal-furnace effect and break out into a sweat from head to toe. It still only lasted a minute, but now my clothes would be soaked and my makeup would come off. Worse, it was embarrassing. I was doing a site inspection in Costa Rica and walking around with hotel managers, hoping that they didn’t notice the beads of sweat that suddenly broke out all over my body, but later my husband would laugh about how I was taking copious notes and asking serious questions while sweat dripped off of my nose.

Night time quickly became miserable. My temperature was constantly changing from burning hot to freezing cold, so I spent night after night kicking off blankets and then putting them on and then kicking them off again. With no sleep, I decided that I had to take action. Since I prefer a natural cure, I immediately thought of acupuncture. Acupuncture is fantastic for any situation where you are out of balance, and this was certainly a case of hormones being out of balance. (Yoga is great for being out of balance too, and I wonder if I hadn’t changed my practice over the summer if I would have had such intense hot flashes. To deal with the stress of a big move, I was focusing more on meditation and breathing and less on the physical practice. I was doing a lot of hard gym workouts, and slacked off on the yoga postures, doing only a few after my workouts. It was great for my mind and emotions, but I let my body get out of balance and build up too much heat when I was already trying to acclimate to hot weather.)

Not knowing many people in the area, I googled acupuncturists, read reviews, and ended up going to the first person who called me back (Scott Thompson at Awaken Acupuncture for those of you near The Woodlands). My initial appointment took over 2 hours, as he spent a lot of time asking detailed questions and taking notes to find out exactly what was going on with me. Then he put the needles in and left me to rest for awhile. It was a deep rest, just like savasana at the end of yoga class, only I had needles sticking out of me. Then he came back after 20 or 30 minutes and put a few more needles in and left me to rest some more.

About the needles: They are not the kind of needles that a doctor uses to draw blood — they are very thin and flexible like a strand of hair, and I couldn’t even feel most of them. The ones he put in my foot made a little pinch at first, which went away quickly. There is no reason to be afraid, but if you are, there are lots of other methods an acupuncturist can use to help you heal.

He also mixed up some Chinese herbs to help me sustain the benefits between appointments. He assured me that the herbs were from a safe source, tested for purity, and had no known side effects. The herbs were in powder form that I’d mix with water and drink twice a day.

Scott explained exactly why I was having hot flashes according to Chinese medicine. I’m afraid I might butcher his explanation, but I can translate it into simple yoga terms: Basically my lower chakras weren’t strong enough to contain the heat, which was then able to rise up through the body and wreak havoc. This made perfect sense to me: I had changed my yoga practice to focus on meditating, which keeps me in the upper chakras, and I limited my physical practice to yummy stretches without any of the strengthening/grounding postures that affect the first chakra (like the warrior poses). I’ll never know if I could have avoided the hot flashes if I’d kept up my usual practice, but everything works for the best and I was able to experiment with acupuncture so I can pass it on to you.

So what happened? After that very first appointment I went from having 10 hot flashes a day to having only 3, and I slept better that week. I was ecstatic! During the next couple of weeks I stayed with only 3 hot flashes per day, but the nighttime temperature fluctuations came back with a vengeance. He changed the dose of the herbs so that I was taking more at night and less in the morning. This helped right away, and my nighttime temperature normalized. Soon the sweating stopped, and the 3 hot flashes a day got less and less intense. After 5 sessions, I stopped having hot flashes altogether. I have had no unpleasant side effects at all.

During our appointments Scott would always ask if there was anything else bothering me, and he would treat me for any little aches and pains that I had. A knee that was sore after a hiking trip … excruciating pain from dropping a piece of furniture on my toes … inflammation in my hip from cycling … I was always surprised at how quickly these pains would leave me. Once I was having trouble breathing due to allergies. After the needling session, he “cupped” my back, placing round glass cups all over my back and creating suction to draw out stuck qi (chi). It sounds crazy, and I had perfectly round purple bruises all over my back for a few days, but my breathing became more easy throughout the day and was completely normal by that evening — no medication needed. Last week I complained about dry skin and thirst, probably due to a combination of taking several flights in a short period of time and the initial problem of too much heat in my body because I’m heading into menopause. He can fix that too, and I have previous experience with acupuncture restoring moisture when I went through a period of extremely dry, itchy skin, so I know he can help me.

I highly recommend acupuncture for hot flashes. It’s certainly worth trying before undergoing other treatments that could have negative side effects, as hormone therapy is associated with stroke, breast cancer, and heart disease. Acupuncture is also very effective for anxiety and depression, insomnia, nerve-related disorders, asthma, digestive problems, and a host of other conditions.

I’m planning to continue the treatments for awhile to make sure I am completely balanced before I stop, and I imagine that I might need to stay on the herbs for awhile after I stop the acupuncture sessions. (When I had acupuncture in the past, I went for about 10 sessions.) Your results may vary. I responded quickly to acupuncture, but I also live a pretty healthy lifestyle with lots of exercise and a healthy diet, and I sought treatment very soon after I started having a problem. Ask around for recommendations, read reviews, and give it a try.

In addition to acupuncture, I have a few tips to help you in the moment when going through hot flashes:

If you have any tips for hot flashes or experience with acupuncture, I’d love to hear about it in the comment section below! 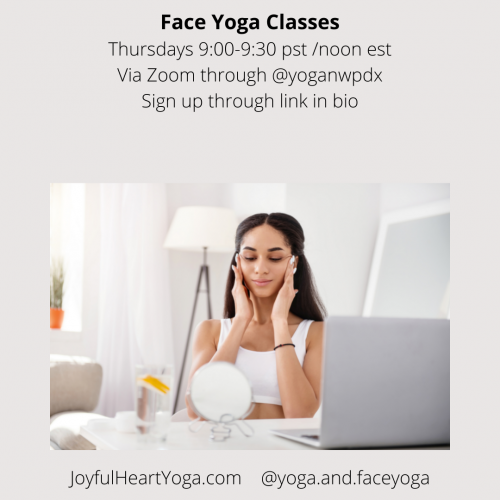 I love this makeup for my mature skin!

This is a perfect complement to face yoga and is helping me to put my best face forward. If you have any questions about it, you can contact me here, or on Facebook or Instagram. You can shop here.

My first children’s book is available on Amazon. Click the book for more information.